WE ARE BACK OPEN AND WE CAN'T WAIT TO MEET YOU, BOOK YOUR PURE EXPERIENCE TODAY!

The Royal Wedding - What Will Meghan Markle wear? 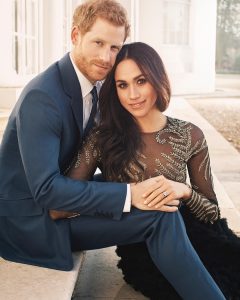 With a little over three weeks until the Royal Wedding of Prince Harry and Meghan Markle we're fizzing with excitement here at Pure with thoughts of what the bride will be wearing. We really think she'll have a couple of dresses, one more traditional and in keeping for a Royal and one which we may never get to see for the after party! Meghan's style is already pretty established, wearing timeless and elegant oufits, that all have a modern edge, more so than her sister in law to be, who dresses more conservatively. She's not afraid to be a little sexy either and so we think her 2nd dress will ooze a little Hollywood glamour, with a thigh split or a low back. We asked our stylists what they had to say... 'I think she will go traditional with an elegant twist' - Gemma B, Pure's Manageress Gemma G thinks she will 'possibly have a high or boat neckline' 'I think she'll keep it quite traditional, a fitted gown with some lace'  says Annette Racheal says 'I think she'll go for a sexy silhouette, to show off her figure, with some traditional lace detail, but also with a cathedral length veil in keeping with tradition. and we even called a couple of our designers... Giles - Designer for Eternity Bride says 'Knowing her style which is simple and sassy I think she's going to wear a plain dress and because shes American she'll go for traditional styling and keep it simple and classic' Lucy - Pronovias & San Patrick 'personally I think she'll wear something with a slightly sexy twist, especially as she likes to breaks the rules' And as for me, I think she'll stick with elegant simplicity, perhaps with a cap sleeve and a little lace, it's unlikely to be too fitted but I'm not sure she's a ball skirt kind of girl, so perhaps a slim A-line, with maybe a cut designed to emphasise her tiny waist. I hope that she'll choose a British designer, and Jenny Packham and Alexander McQueen's names are apparently in the frame, but equally it could be Ralph & Russo who designed her stunning gown that she wore in her engagement shoot. (pictured below) There's no doubt that whatever Meghan chooses to wear, she will look breathtaking, and I for one can't wait!!

Website uses cookies to give you personalized shopping and marketing experiences. By continuing to use our site, you agree to our use of cookies. Learn more here.